You are wine and spirits lover and you are looking for an activity to do during your stay at Estérel Resort?

Every day, the Bistro à Champlain wine cellar is open to the guests only between 4:30 pm and 8:30 pm for a visit of the premises and tastings. Start or end your evening in beauty with us! 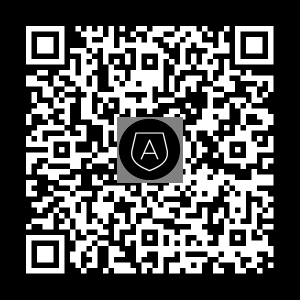 During your foray into the wine cellar, you will certainly have the chance to interact with one of the members of our seasoned sommelier team! Do not hesitate to ask them any questions, they will be happy to pass on their knowledge to you on the thousand treasures that our wine cellar conceals. This is where we present them to you.

With more than 20 years of experience in the hotel and restaurant industry, he began his career in Quebec City as a sommelier in a renowned cabaret. He had the opportunity to work as a sommelier and Maître D at 40 Westt Steakhouse and Raw Bar, one of Montreal’s most prestigious steakhouses, where he developed and grew the wine program.

At this point in his career, Mathieu expanded his knowledge as a banquet manager and quickly took on the role of associate director of the food and beverage department. A few years later, he was offered the position of Food and Beverage Manager of a new hotel in downtown Montreal. He also participated in the reopening of the Queue de Cheval restaurant, Montreal’s most prestigious steak house, as wine director and head sommelier. At “Q” he reinvented the wine program and crafted a comprehensive menu that has attracted customers from all over the world.

Mathieu’s next chapter was about joining the private club industry as restaurant manager at 357c, an exclusive members-only club known for its high-end cuisine and distinguished wine cellar. Since arriving at Estérel Resort, his goal has been to support local products and to work closely with producers and agencies to further expand the wine collection, which already boasts more than 20,000 bottles and 3,500 products.

When, in 1974, I started working in the restaurant business, I had no idea that 47 years later I would still be there. Over the years, I have always perfected myself: in service, in management and in sommellerie. This long journey led me in 1988 to be one of the founding members of the ACSP (Canadian Association of Professional Sommeliers) and to be in turn, over a period of more than 20 years, vice-president, treasurer and president. These different functions led me to be part of the Canadian team 7 times for the Best Sommelier of the World competition, including that of Montreal, in 2000, as an organizer, in addition to being part of several provincial committees, national and international.

All his activities did not prevent me from receiving several distinctions: 2nd winner in the competition for the best junior sommelier, 2nd winner in the competition for the best sommelier in the Laurentians (now best sommelier in Quebec), semi-finalist at the Bataille des sommeliers in 2019 and one of 10 people in Canada who received the CPSA Gold Cluster (Master Sommelier in Canada). As a sommelier and wine director, I have had the chance to work in a few Relais and Châteaux: La Sapinière, L’Eau à la Bouche, La Pinsonnière; and also in several establishments awarded by the Wine Spectator: Les Chenets, La Quintessence, L’Auberge du Lac Morency and Le Bistro à Champlain, in Sainte-Marguerite-du-Lac-Masson, and for nearly 6 years at Esterel Resort.

Working in the restaurant business for over 25 years, my passion for wine has grown slowly, but surely. I left my hometown of Saguenay, Quebec, to live and work for a year at Disneyland Paris, as a restaurant manager. In 2007, my job became a passion, and in 2008, I obtained my sommelier diploma, with the eminent Jacques Ohron as a teacher, at the École hôtelière des Laurentides.

Traveling between wine fairs and festivals in Canada and Europe, including Italy, Germany and Portugal, I really honed my knowledge and my passion. I have worked for Le Mirage golf course (Céline Dion) for 8 years and I was a teacher at the Joliette hotel and restaurant school, in addition to producing private wine evenings. For 2 years, I have been sommelier at Estérel Resort and responsible for the famous Bistro à Champlain collection. I like challenges and I have a great passion for my job, I always want to go further and develop my knowledge even more.

Sommellerie took place very early in my life. It all started 45 years ago at Clos Vougeot, in Burgundy. After obtaining my diploma in hotel management at the ITHQ in 1984, catering quickly became the nerve center of my career. From then until today, I have worked in the best institutions. In 2003 and 2004, I won the Professional Gérard Delage Cup, with participation in the competition for the best Sommelier in Quebec.

By working with the best in the business, I also learned to build my character in a discipline of rigor. Via Le Nôtre, Center Sheraton, Hôtel Vogue (Philippe Mollé), La Queue de Cheval, L’Eau à la Bouche (Anne Desjardins) La Forge and now Estérel Resort and Bistro à Champlain…. In short, I am passionate about sharing stories, discoveries and dreams. I can consider myself an expert with a broad vision, offering unforgettable service, with a solid knowledge of products and customers and adaptable to any style of business.

At Estérel Resort, we are the 4 musketeers of sommellerie, with more than 140 years of experience put together, which makes us a unique and experienced team. Each one controls his passage so that the whole becomes self-sufficient. We are constantly evolving and looking for the best for our customers.

Having been interested in wines for several years, I decided to enroll at the École Hôtelière des Laurentides where I became a real enthusiast. Having been lucky enough to have Jacques Orhon as my teacher, I chose to follow the wine trail. It was with great happiness that it all started at Bistro à Champlain (in Sainte-Marguerite-du-lac-Masson), a dream location for sommeliers and wine lovers around the world. Not only is one of the largest wine cellars in North America, with an inventory of 40,000 bottles and over 4,000 products, I have also had the chance to work with several great chefs. The harmony of wine and fine cuisine made me travel … a journey that lasted almost two decades.

The greatest pleasure for me is when my advice makes the taste buds of a customer smile. Counseling is a job that I embrace every day. To once again have the chance to work with part of the Champlain cellar, which has now established its homes at Esterel Resort, is a privilege I am grateful for. It showcases several gifs offered by all the great wine makers of the world. If each bottle has its story, wine for me is my story.

What’s new? Wine news and special events: be the first to know about the activities of the Bistro à Champlain’s wine cellar by subscribing to our wine newsletter.

Want to spend a stay in our environment?

Join the 25,000 other people and discover our universe in your mailbox

Please enter a valid email address.
You are now subscribed to our list. Thank you!
An error occured. Please try again later.